Hyun-Jae Kim mostly read fairytales, science cartoons and children’s literature, and of course he loved dinosaurs. He never missed the Korean-dubbed TV animations and foreign movies and had a subscription for the children’s cartoon magazine Treasure Island for seven years, from the year before he entered primary school until he reached seventh grade. And in primary school he began drawing his own cartoons on his notebooks and discovered the pleasure of telling stories to others.

On January First, 1988, Hyun-Jae saw Star Wars: The Empire Strikes Back on TV and experienced the sense of awe that visual media could give. He was fascinated with movies and went on to study film in college. While in college, his short film "Return" (반납) was broadcasted on TV, on KBS "Independent Cinema" and some cable channels. Afterwards Hyun-Jae worked as a freelance writer for film and DVD magazines such as Cine 21, The DVD, DVD Prime, and K-Bench. And this led to his participation in the DVD audio commentary for the Korean edition of Night of the Living Dead and the DVD and Blu-Ray audio commentary for the North American edition of Yongary, Monster from the Deep. He also translated the American graphic novel series The Umbrella Academy into Korean.

Hyun-Jae debuted as a SF writer when his short story "Wendeln" (웬델른) won the Third Prize in the 2018 Korea Science Fiction Awards. Currently his goal as a writer is to look around the world more closely with his long-time experience in popular culture in mind; to read more; and to find his own answers about "(Korean) SF" while keep writing his own. 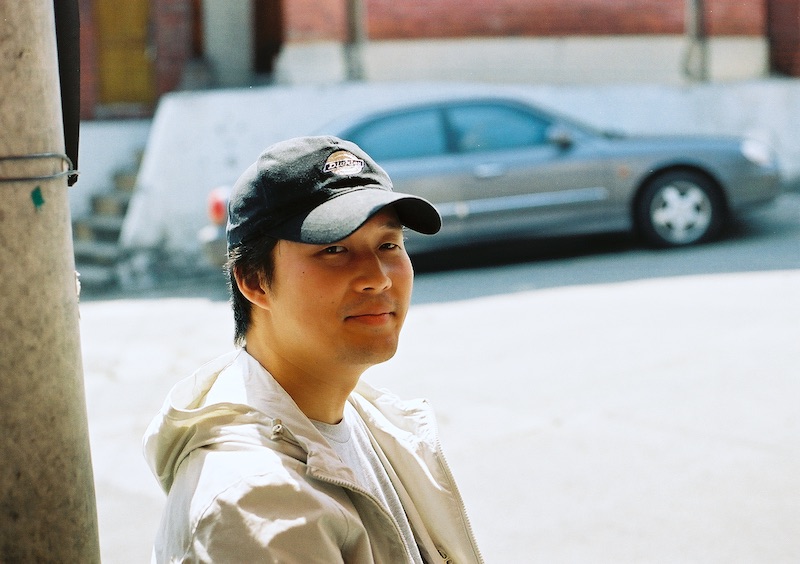 Bio-bibliography written by Hyun-Jae Kim, emended by Myung-hoon Bae, translated by Bora Chung.
The SFWUK and the introduced writer hold the copyright on each bio-bibliography. Please contact the SFWUK at int@sfwuk.org to request permission to use the content.